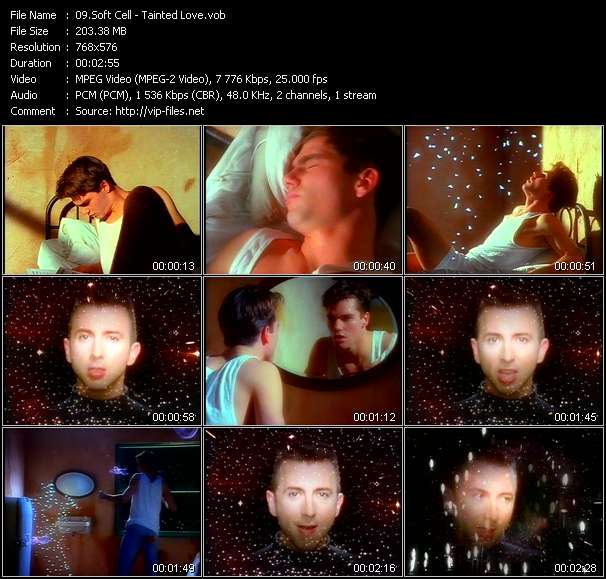 DVD: The Tube Anthology. The Best Of Series 1. Vol.1

Soft Cell was an English synthesizer duo during the early 1980s (later re-formed). They consisted of Marc Almond (vocals) and David Ball (synthesizers). Their lyrics often focused on love and romance as well as the darker side of life, with subjects such as kinky sex, transvestism, drugs and murder. They had a huge world-wide hit in 1981 with a cover version of "Tainted Love", a northern soul classic originally sung by Gloria Jones (the wife of Marc Bolan).

Tainted Love (Live On Top Of The Pop) - Soft Cell

Tainted Love (Live On Top Of The Pop) - Soft Cell