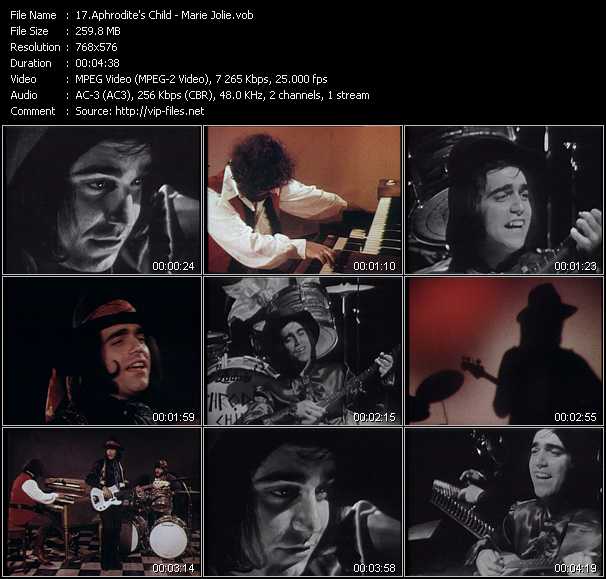 Other Pop-Music Videos of Aphrodite's Child

After Vangelis' Greek 60s band "The Forminx" broke up, Vangelis, together with singer Demis Roussos and drummer Lucas Sideras left for London to try their success outside of Greece. They got stuck in Paris and formed the band "Aphrodite's Child". They recorded a song, "Rain and Tears", inspired by Pachelbell's famous canon and released it as a single. It became a huge success ranking at the top of the charts in several European countries. In total they recorded 3 albums together, with considerable success in the European charts. Vangelis wanted to move more and more towards his own experimental direction, which can be recognized on the "666" album. After its release the group split up and both Demis Roussos and Vangelis started their successful solo careers. According to the "Superstar" re-release of Vangelis' "Earth" album, Demis Roussos and Vangelis sat down after recording Demis' "Magic" album in 1977 to talk about a possible resurrection of the band, but this never happened.