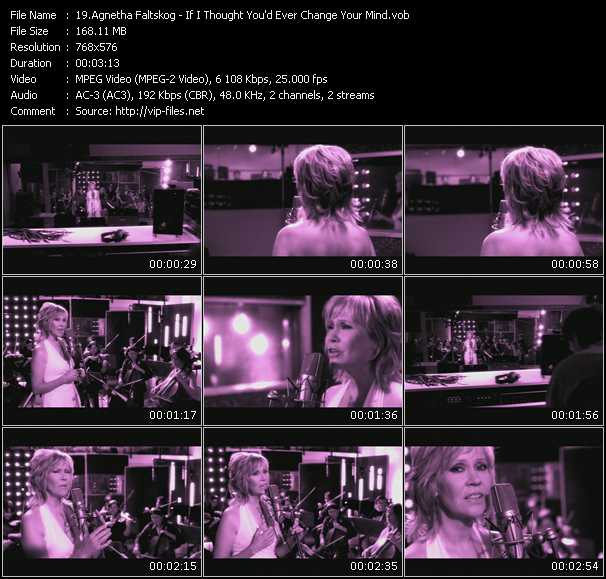 Other Pop-Music Videos of Agnetha Faltskog

Agnetha Faltskog video Heat Is On

Born on April 5th 1950, Jönköping, Sweden. Agnetha released her first single in 1967, followed by various hit singles and four albums as a solo artist in the period before joining ABBA. In 1969, she got engaged to Dieter Zimmermann, but the engagement was broken off after only a few months. In 1971, Agnetha married Björn Ulvaeus. From their marriage came daughter Linda Ulvaeus, born in 1973, and son Christian Ulvaeus, born in 1977. The couple separated in 1978. Agnetha became one of the four members of the group ABBA in 1972, one of the two female lead singers. During her time with ABBA, she released another album, a compilation album and a few singles as solo artist. She also released a Christmas album with her daughter Linda in this period. In 1982, she resumed her solo career full time, releasing another string of successful singles and four more albums in the 1980's, one of which she recorded with her son Christian in 1987. 1988 saw the last single release until 1998, and her next album was only to follow in 2004. After another 9 years of musical silence, Agnetha released her new single, "When You Really Loved Someone", in March 2013. Her recent solo album, titled "A" was released in May of the same year.