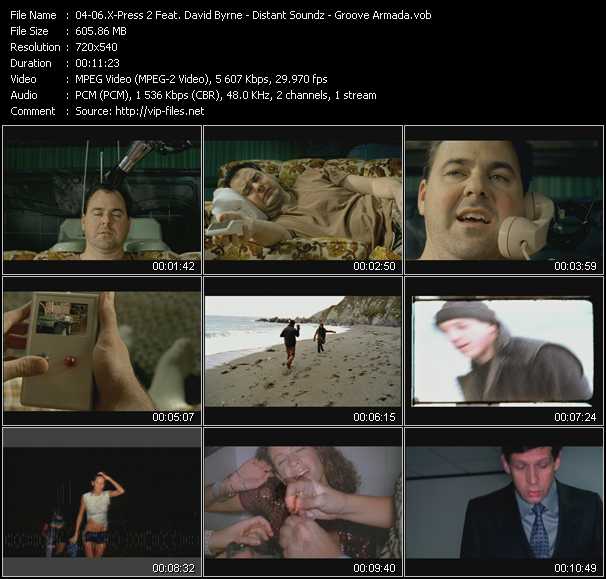 Other Pop-Music Videos of X-Press 2

X-Press 2 video I Want You Back

X-Press 2 video I Want You Back

X-Press 2 video Give It

Scottish-American singer, songwriter, artist, film and record producer born May 14, 1952 in Dumbarton, Scotland and based in New York City. He was married to Adelle Lutz from 1987 to 2004 (divorced). Best known as the lead singer of Talking Heads, David Byrne has also collaborated with many artists from Brian Eno to X-Press 2, and has also released several solo albums on his own Luaka Bop label.

Groove Armada are an electronic music duo from London, England, composed of Andy Cato and Tom Findlay. They achieved chart success with their singles "I See You Baby" and "Superstylin'". The group have released eight studio albums, four of which have charted in the UK Albums Chart top 50.