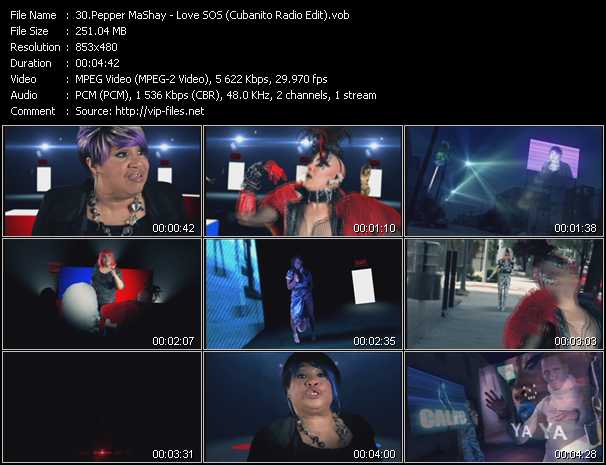 Other Pop-Music Videos of Pepper MaShay

Pepper MaShay is a five-time Top 10 Billboard charting artist who was influenced by the 70s music scene. Pepper changed her life’s journey from journalist to singer after getting on stage to perform her own songs and finding an instant connection with the audience. Starting out as a session singer in Los Angeles, Pepper sang for the likes of Tina Turner, Cher, Mick Jagger, Keb’ Mo’, and Celine Dion. In 2000, Pepper transitioned from session singer to solo artist with her international charting single “Dive In The Pool”, which has always been considered the unofficial single for the multi-award winning Showtime series Queer As Folk. She repeated that success again in 2005 with “Send Me An Angel” (remixed by Dave Audé), “Beauty Shop”, and in 2006 with “Lost Yo Mind” (reached #1 on Billboard’s Dance Club Play Chart). This led Pepper to launch her own label, Freckle Bandit Records, in 2008 and her single “Does Your Mamma Know” (winner of the 2008 USA Songwriting Competition - Dance/Electronica). Followed by “Freeway of Love” in 2009 and “Use Somebody” and “Love SOS” in 2011. Pepper believes that “No matter how long it takes, never give up your dreams.”