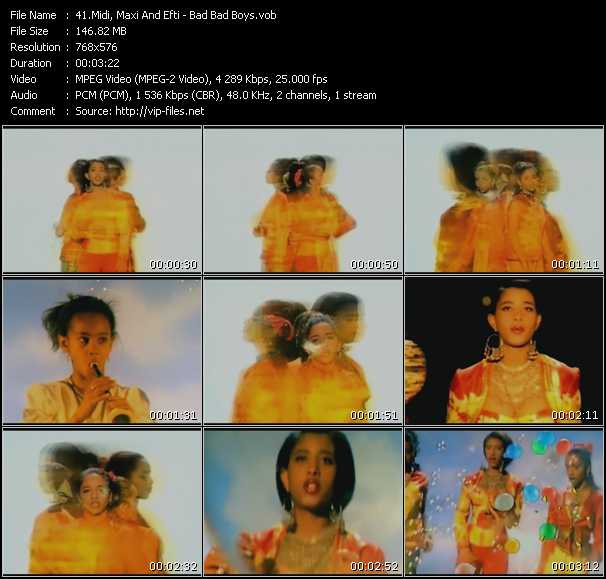 Other Pop-Music Videos of Midi, Maxi And Efti

Swedish reggae pop act, fruit of producers Alexander Bard, Per Adebratt (Ace Of Base, Inner Circle, Aqua) and Anders Wollbeck (the "invisible" member of "Vacuum" who recently became a proper member). Active from 1991 to 1992. Midi & Maxi Berhanu, twins, along with Efti Teclehaimanot were discovered by Alexander Bard, who decided to make an album with them. Their biggest hit became "Bad Bad Boys" which reached #11 in Sweden, and also became a minor hit in the USA and Canada. The two follow-up singles, "Ragga Steady" and "Masenko" failed to reach the top 20, and shortly after the group disbanded.