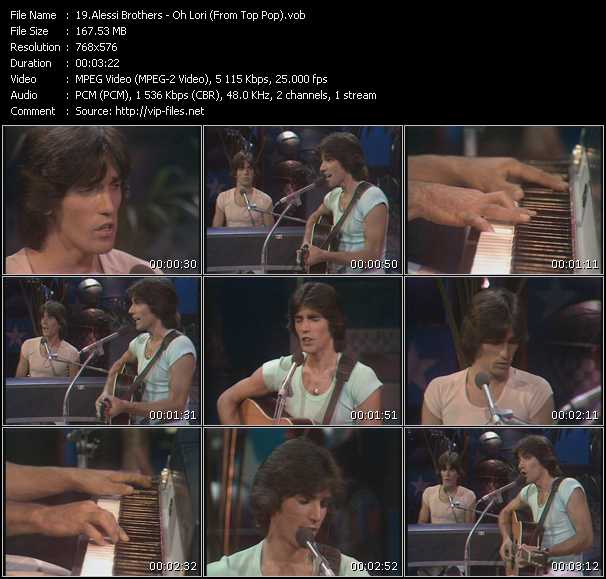 Other Pop-Music Videos of Alessi Brothers

Identical twins Billy and Bobby Alessi were born on Long Island in 1954. They write, produce and arrange their songs themself, as well as for other artists. "Oh, Lori" was their biggest hit in 1977. Please note: as writing/producing/arranging duo, please use the entry Billy Alessi and Bobby Alessi!