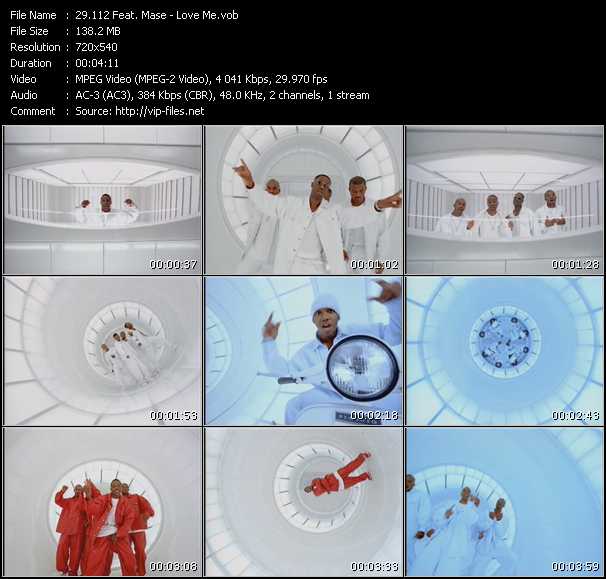 Other Pop-Music Videos of 112

112 (pronounced "one-twelve") is an American R&B quartet from Atlanta, Georgia. Formerly artists on Bad Boy Records, the group signed to the Def Soul roster in 2002. They had great success in the late 1990s and early 2000s with hits such as "Only You", "Anywhere" and the Grammy Award-nominated single, "Peaches & Cream". The group most notably won a Grammy Award in 1997 for Best Rap Performance by a Duo or Group, for featuring in the song "I'll Be Missing You" with Sean Combs and Faith Evans.

Mason Durell Betha. (born August 27, 1975), better known by his stage name Mase (formerly Murda Mase and stylized as Ma$e), is an American rapper, songwriter and minister. He is known for his late 1990s run at Bad Boy Records alongside Sean "Diddy" Combs. From 1996 to 1999, as a lead or featured artist, Mase had six Billboard Hot 100 Top 10 singles and five US Rap No. 1 singles. His 1997 album Harlem World was Grammy nominated and certified quadruple Platinum by RIAA. His two other albums, Double Up and Welcome Back, are both certified Gold by RIAA.

Love Me (From Top Pop) - Getty