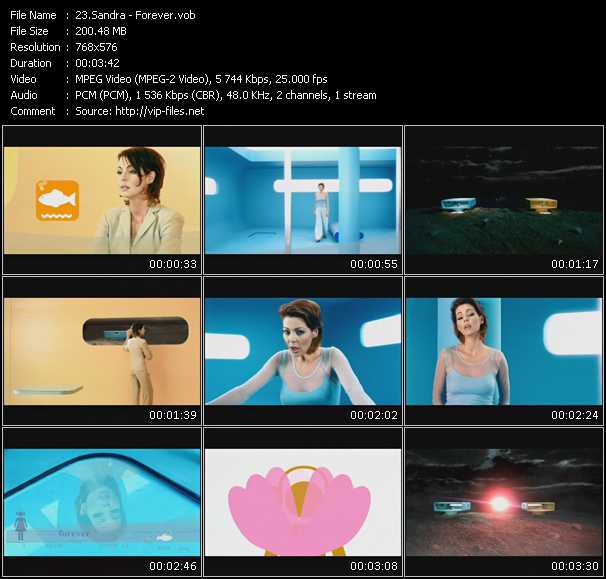 Other Pop-Music Videos of Sandra

Sandra video In The Heat Of The Night

Sandra video Stop For A Minute

Sandra video We'll Be Together

Sandra video Around My Heart

Sandra video (Life May Be) A Big Insanity

Born 18th May 1962 as Sandra Ann Lauer in Saarbrücken, Germany. Currently living in Ibiza, Spain. Popular German pop and euro disco singer of the 1980s. She began her career as the lead singer of trio Arabesque from 1979 and started performing solo in 1984. Numerous Sandra's albums and singles ("Maria Magdalena", "In The Heat Of The Night", "Everlasting Love", "Hiroshima" among others) hit the top 10 in various European charts. Sandra can be heard on a number of albums and singles of Enigma, a project directed by Michael Cretu. She was married to him from 1988 to 2008. They became parents of twins on 6th July 1995: Nikita and Sebastian. From 2010 until 2014 she was married to Olaf Menges.

DVD: A Night In Clubland

DVD: A Night In Clubland