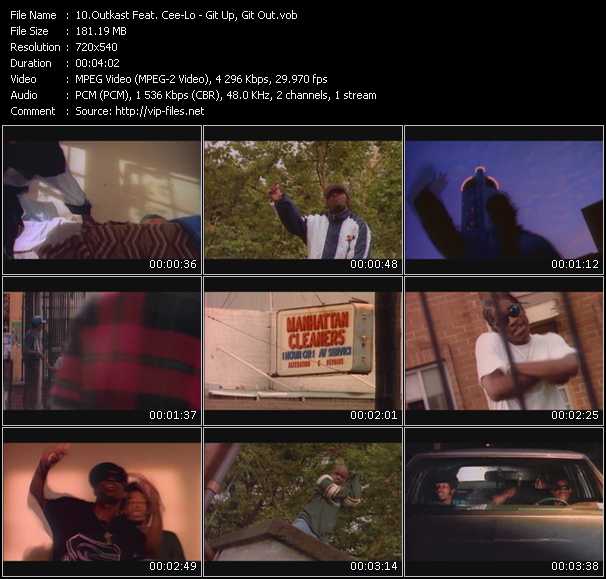 Other Pop-Music Videos of Outkast

Will Smith Feat. Christina Vidal And Tra-Knox - Outkast - Eminem video Black Suits Comin' (Nod Ya Head) - Land Of A Million Drums - Without Me

Outkast video The Way You Move

Rapper and singer from the Atlanta-based Goodie Mob, now more known for his work with the chart-topping Gnarls Barkley. Released his first solo album 'Cee-Lo Green And His Perfect Imperfections' on Arista in 2002 to much critical acclaim. CeeLo has one of the most distinctive voices in all of hip-hop.