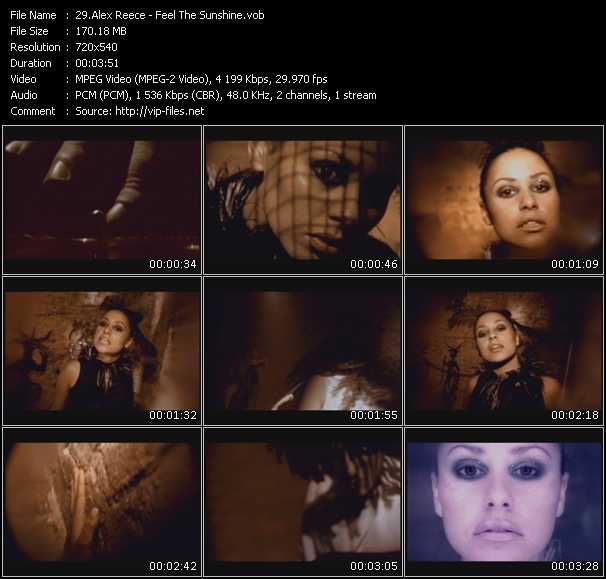 Other Pop-Music Videos of Alex Reece

Drum 'n' Bass producer from Ealing, west London,. He was turned on to acid house by hearing Dave Dorrell spin at Love at the Wag club in London. During these early days of 'Warehouse' music ,Alex met up with old school friend Ron Wells (AKA Jack Smooth). Within a few years Ron had set up his own record label (Basement/Sound Entity) and Alex got offered the chance to help/engineer for Ron and various other artists such as DJ Phantasy, Mayhem, Top Buzz, Alex Hazzard. It was during this period that Alex also met and worked with Wax Doctor and DJ Pulse. By late 1993 Alex (by now writing and producing with Jack Smooth) set up his own studio (Acid Lab) with his brother Oscar, and the trusty Ensoniq Sampler (used in many of the early Basement releases) that would eventually be passed to Utah Jazz! By this time Wax Doctor, Loft Groover and Pulse would be regulars at the Ealing based studio, and in the next few years the Original Playboys (with Pim) would also be part of the team. After various releases on Creative Wax, Metalheadz and Basement, Alex was signed to Island Records in '95. After the success of 'So Far' Alex was given the chance to set up a label of his own (Als' Records) with some of his fellow artists. But by the late nineties the record industry was cooling towards Drum 'n' Bass and a second album, although delivered, was never released. Alex continued to work with Wax Doctor on the Fallen Angels projects and with the (then) up and coming Utah Jazz until early 2003. After 10 years away from music, Alex is once again working with Creative Wax Records and various other projects.