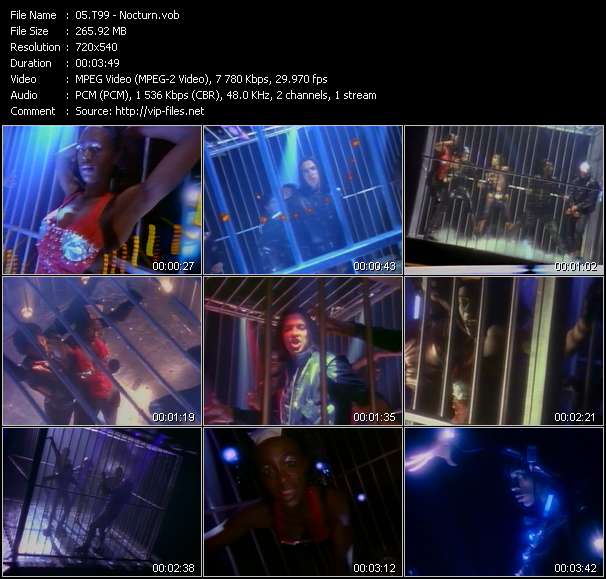 Other Pop-Music Videos of T99

Late 80's and early 90's Belgian duo. T99 was first started by Patrick De Meyer releasing three solo works. Patrick later heard Olivier Abbeloos working on a track called "Anasthasia" and proposed Abbeloos to release it as T99. Abbeloos agreed if from that point on they were a group by the name of T99. They later go on together to produce their only album "Children Of Chaos". Zenon Zevenbergen did the vocals for T99. Olivier Abbeloos and Patrick De Meyer aka T99 don't have any connection with Human Resource or Rotterdam Termination Source, only Zeno Zevenbergen is assossiated with them.