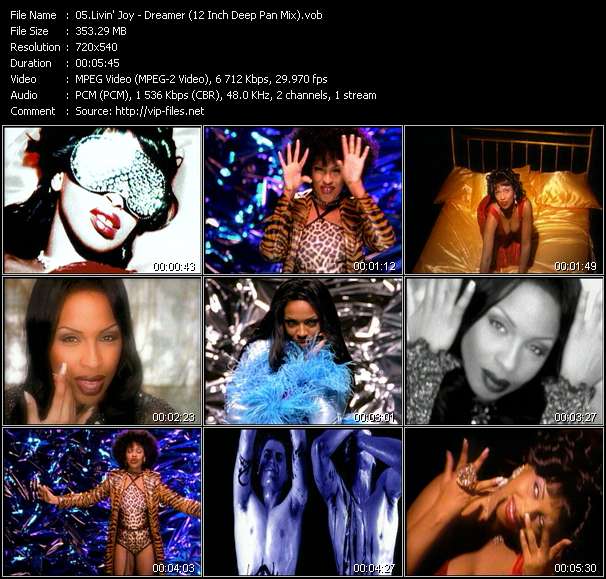 Other Pop-Music Videos of Livin' Joy

Livin' Joy video Where Can I Find Love

Livin' Joy was an Italian House project of Gianni Visnadi and Paolo Visnadi. Their first single "Dreamer" featured the voice of vocalist Janice Robinson. Released in 1994, the record became a hit the following year. Unable to reach a deal with Janice Robinson for the follow up single (and subsequent album), she was replaced by Doris Diggs AKA Tameka Starr.