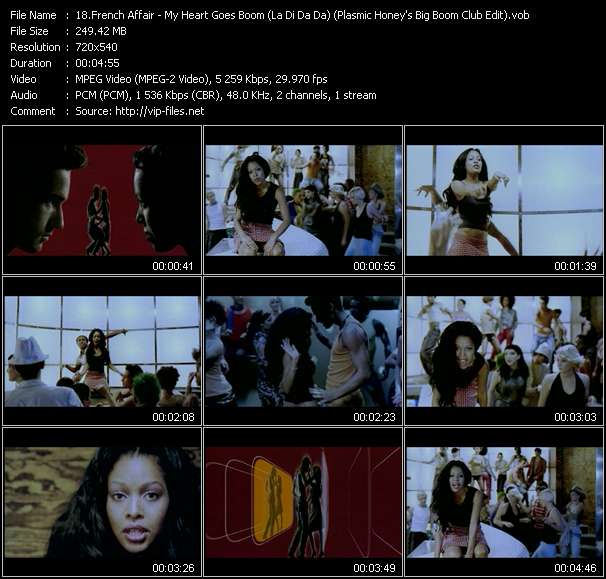 Other Pop-Music Videos of French Affair

Karsten Dreyer,Thorsten Dreyer, Barbara Alcindor Mixing French pop with modern-day dance, Barbara Alcindor (Vocalist) has found success in her native land of Europe. Born in Paris but a resident of London, England, Alcindor's began her career as a fashion model, before giving dance music a shot. After signing with the BMG record label and teaming up with the Dreyer Brothers production team, French Affair scored a pair of sizeable hit singles in 2000 - "My Heart Goes Boom (La Di Da Da)" and "Do What You Like" - denting the charts in France, the U.K., Italy, and Germany. 2001 saw the release of French Affair's debut full-length album, "Desire".