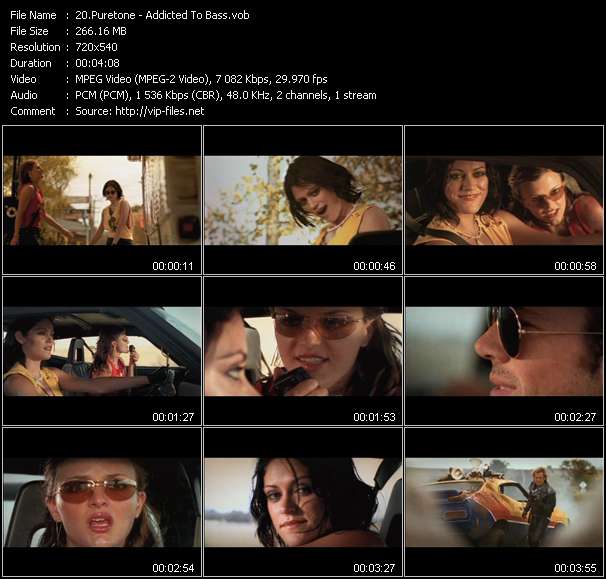 Other Pop-Music Videos of Puretone

Puretone video Stuck In A Groove

Puretone, an alias of musician Josh G. Abrahams, is a Australian and Melbourne-based producer, bassist and electronica/drum and bass artist. He has gained some success in the music business since 1998, with his first single, "Addicted To Bass" featuring Amiel Daemion, charting in the top 20 of the ARIAnet singles chart. After a few more lower profile releases, such as "Rollin'", and contributing to the Moulin Rouge! soundtrack, he released "Addicted To Bass" internationally, under the name of Puretone. This was to avoid confusion with Josh Abraham, a music producer who has worked with Limp Bizkit and Staind. This resulted in the single reaching #2 in the UK Singles Chart in 2002. He then eventually helped Amiel start her own music career in Australia, in which she gained quite some success. He then released another single in the UK, called "Stuck In A Groove", however that only reached the top 30.