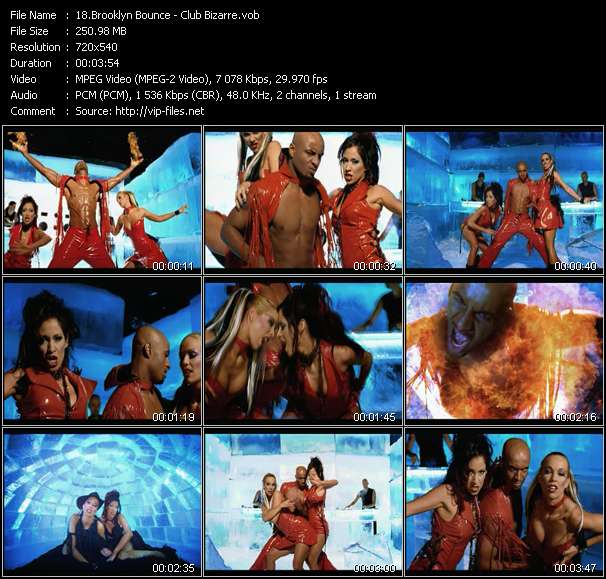 Other Pop-Music Videos of Brooklyn Bounce

DVD: Best Of The Dome Vol.1

Brooklyn Bounce video Bring It Back

Brooklyn Bounce is one of the many pseudonyms of Matthias Menck and Dennis Bohn, two House DJ's from Germany. With their project "Brooklyn Bounce" they received gold and platinum records all over the world and they rank along side artists such as Scooter and 666. Menck and Bohn work solely in the studio and are not part of the Brooklyn Bounce live act. Instead, the group was fronted by several different vocalists and dancers, who have collaborated with the two German producers throughout the years. The list includes René "Diablo" Behrens who was also the front person of 666, Ulrica Bohn who is originally from Sweden, Gothenburg but married with Dennis Bohn since many years, Alejandra Cuevas-Moreno and Stephen "Damon" Zschope. They released 10 albums on Sony BMG and Edel Records. In January 2011, they released their eleventh album entitled "BB-Styles" which contains all their singles from 1996 - 2006, including new remixes by artists such as Headhunterz, Technoboy, Empyre One, Thomas Petersen. It also includes a special DVD.