Nivea Feat. Pusha T video VOB Run Away (I Want To Be With You) 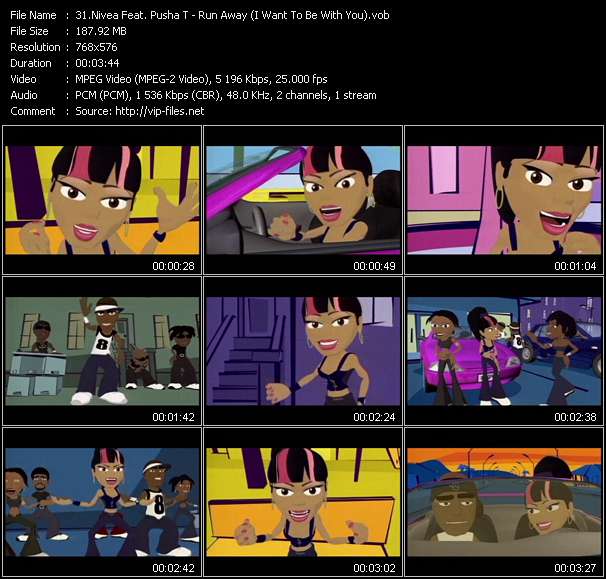 Other Pop-Music Videos of Nivea

Terrence Thornton (born May 13, 1977), better known by his stage name Pusha T, is an American hip hop recording artist from Virginia Beach, Virginia. In 2010, he announced his signing to Kanye West's record label GOOD Music and in 2011, released his first solo project, a mixtape titled Fear Of God. In 2013, he released his debut studio album, My Name Is My Name.

Run Away - Real McCoy (Mc Sar And The Real McCoy)

Run Away - Real McCoy (Mc Sar And The Real McCoy)