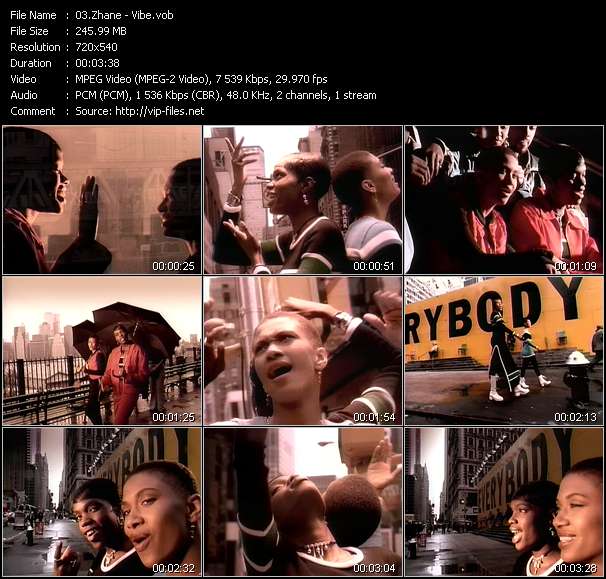 Other Pop-Music Videos of Zhane

Zhane video Shame (From A Low Down Dirty Shame)

Zhané was a ‘90s R&B group consisting of Jean Norris and Renée Neufville. The two met while they attended Temple University. After working with DJ Jazzy Jeff & The Fresh Prince in 1991 on their track “Ring My Bell” they were persuaded to become a group. They came up with the name Zhané as a combination of their first names Jean and Renée with the French accent on Jean and using a “Z” to stand out. With some help from Naughty By Nature producer Kay Gee, they released their debut album ”Pronounced Jah-Nay” in 1994 featuring the Top 40 singles “Hey Mr. D.J.”, “Groove Thang” and “Sending My Love”. The album went Platinum as it peaked at #37 on the Billboard 200 and #8 on the R&B Album charts. After appearing on songs for Busta Rhymes (“It's A Party”) and De La Soul (“4 More”) in 1996, the duo released their second album Saturday Night in 1997. This album yielded the singles “Request Line” and “Crush” but the album ended up being the last from the group. One of their last collaborations was on the hook for Naughty By Nature’s hit single “Jamboree” in 1999.