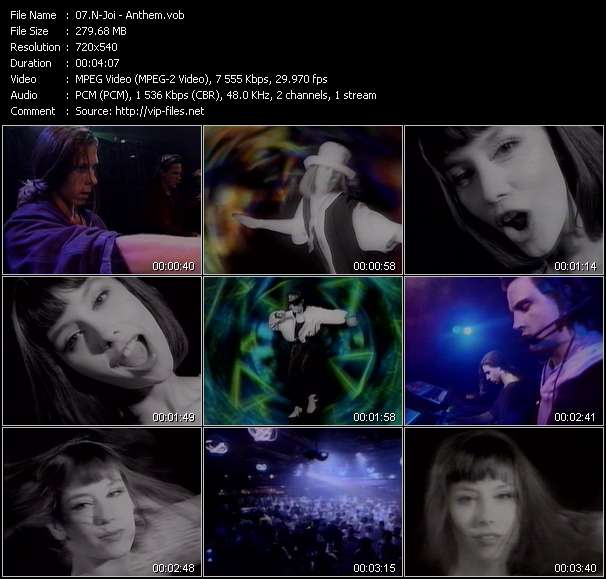 Other Pop-Music Videos of N-Joi

English rave / techno band formed in 1989 by Nigel Champion & Mark Franklin. Their early material was highly influential in the UK rave scene, with many bands inspired by their sound & live performance. Republica vocalist Saffron started her career by performing live with the band, but she recorded no material with them. The band is mainly remembered for the piano track "Anthem" from that period. They released the LP "Inside Out" in 1995, by which time the band had developed a more refined progressive house sound. Unfortunately, they were dropped by deConstruction just prior to the album's release.