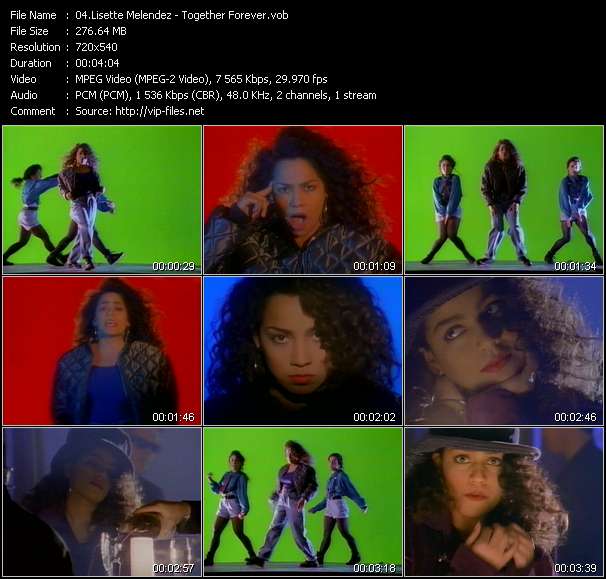 Other Pop-Music Videos of Lisette Melendez

Lisette Melendez video Will You Ever Save Me

Lisette Melendez grew up in East Harlem where she still resides, and where she began to take an interest in singing at the age of 12. Both her mother and her aunt sang in church and in community theaters, inspiring Lisette to take a chance. Growing up with four other siblings in the "barrio", Lisette set herself apart from the dangers of inner city life. As a child, Lisette spent most of her time at home listening to cassettes and working on her singing skills. Eager to become a singer, Lisette marveled at the rise of another young Puerto Rican diva named "Lisa Lisa" of Lisa Lisa and Cult Jam. Inspired by their success, Lisette formed a boy/girl group while she was still in high school. This group later led her to producer Carlos Berrios, whose credits includes such freestyle divas as Corina and Jasmin. Soon thereafter, she was doing background vocals for Berrios and eventually provided the lead voice for the 1988 club hit "Noise." Lisette went on to work with Fever Records' executives Sal Abbatiello after the release of Lisette's smash hit, "Together Forever". Later that same year, Lisette was signed with Fever Records and her debut album "A Day In My Life" was released. In 1993, Lisette released her second album with Fever Records/Columbia entitled "True To Life". In 1994, "True To Life" reached double platinum status in Japan, where she also won a Grammy for "Best New Artist" for that same year. Lisette has gone on to release yet another album, which features back up vocals from fellow freestyle divas, Joei Mae & Sa-Fire entitled "IMAGINATION." She has also branched out to do Spanish/Salsa music and has released "Un Poco De Mi" under Sir George Records.