Westbam video VOB The Roof Is On Fire (Rockamerica Remix) 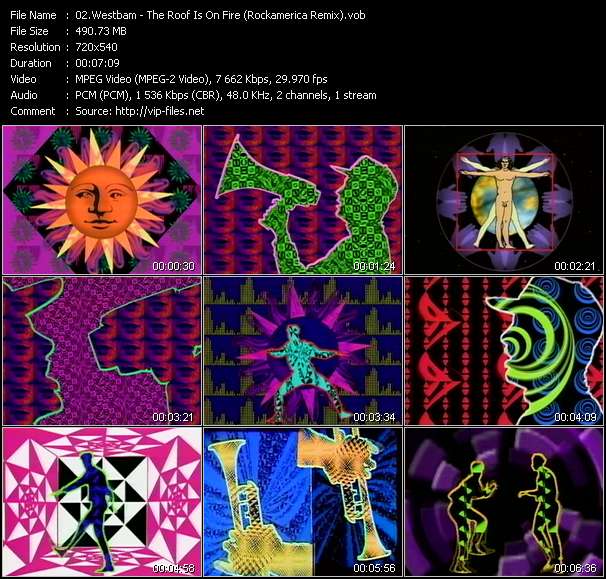 The Roof Is On Fire (Rockamerica Remix)
MPEG-2 video VOB

Other Pop-Music Videos of Westbam

Westbam video The Roof Is On Fire

Dr. Motte And Westbam video One Love One Loveparade

Westbam And Afrika Bambaataa video Agharta, The City Of Shamballa

Westbam video Wizards Of The Song

Westbam And The Love Committee video Highway To Love

Westbam And The Love Committee video Love Is Everywhere

Westbam video The Roof Is On Fire

Maximilian Lenz was born on 4 March 1965 in Münster, Westphalia. He is the brother of Fabian Lenz (DJ Dick) WestBam is in fact the abbreviated form of Westphalia BamBaataa and derives from this artist's home state in Germany and his role model Afrika Bambaataa. 1983 marked the beginning of his DJ career in the Odeon Club in Münster. In 1984 he made a permanent move to Berlin which was still divided by the Wall. WestBam started as DJ at Berlin's famous Metropol and his sophisticated mixing techniques brought him fame far beyond the borders of the divided city. In 1985 WestBam worked with Klaus Jankuhn to produce his first 12" entitled "17" which was inspired by Paul Hardcastle's "19". In 1986 he founded Low Spirit Recordings together with Fabian Lenz, William Röttger, Klaus Jankuhn and Sandra Molzahn. In 1989 he made his first album "The Cabinet". This was the first DJ-concept album to be launched on the German market.

The Roof Is On Fire - Westbam

The Roof Is On Fire - Westbam