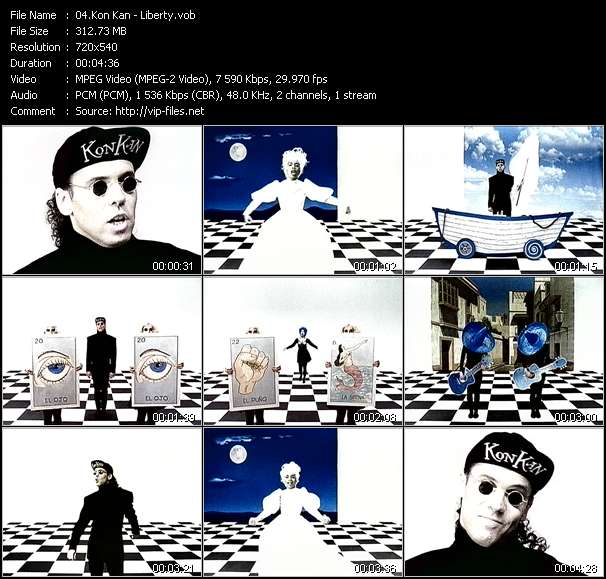 Other Pop-Music Videos of Kon Kan

Canadian synthpop group. The band name is a play on the “Can(adian) Con(tent)” regulations on Canadian radio. Kon Kan was originally conceived as a one-off project for Barry Harris, but the success of “I Beg Your Pardon” and major-label interest convinced him to complete an album for Atlantic. Vocalist Kevin Wynne was originally a hired session singer for the debut single “I Beg Your Pardon”, but was asked to return for the making of the “Move to Move” album and subsequent touring (appearing in sleeve photos for the singles after “I Beg Your Pardon”). Kevin did not return for the albums “Syntonic” and “Vida!…” “I Beg Your Pardon” received a 1990 Juno Award for Best Dance Recording. “Puss N’ Boots / These Boots Are Made For Walkin’” was nominated for a 1991 Juno Award in the same category. In 2013, Barry Harris and Kevin Wynne announced that they were reuniting.