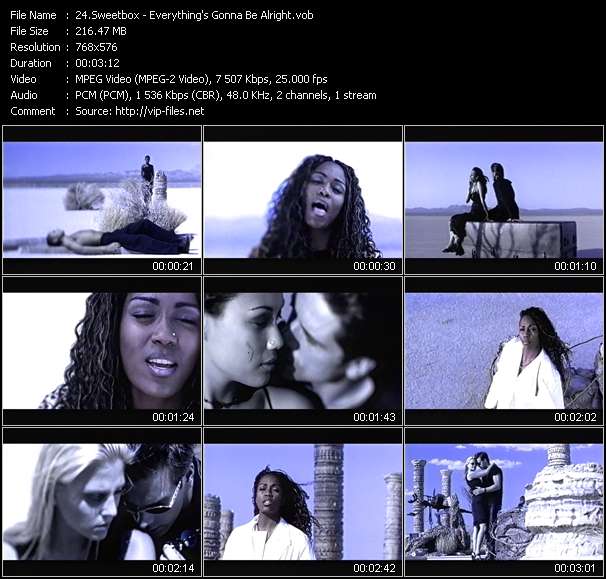 Other Pop-Music Videos of Sweetbox

DVD: Best Of The Dome Vol.1

Sweetbox video For The Lonely

Sweetbox originated by an idea from producer Roberto Rosan AKA Geo, who wanted to create an act in which he could put all his ideas and in which he could use different music styles. He recorded his first single "Booyah (Here We Go)" in 1995 together with vocalist Kimberly Kearney AKA Tempest. The track soon became an international club hit. The second release came out in 1996 and was titled "Shakalaka". This time Dacia Bridges was asked to do the vocals. Again, the song reached high positions on club charts worldwide. In 1997 he met Tina Harris, with whom he recorded several tracks, from which "Everything's Gonna Be Alright", a song derivated from "Air" out of Suit No. 3 by Johann Sebastian Bach, was the biggest hit. After this huge success, Tina still decided to leave the group and Geo was looking for new inspiration. After a short collaboration with singers D. Christopher Taylor and JON, he finally found that in Jade Valerie Villalon. With Jade he recorded six more albums, but the two decided to leave the project in 2007 and renamed themselves Jade Valerie. Executive Producer Heiko Schmidt chose Jamie Pineda to replace Jade and a new Sweetbox album was expected in 2008.