Ultimate Kaos video VOB Anything You Want (I've Got It) 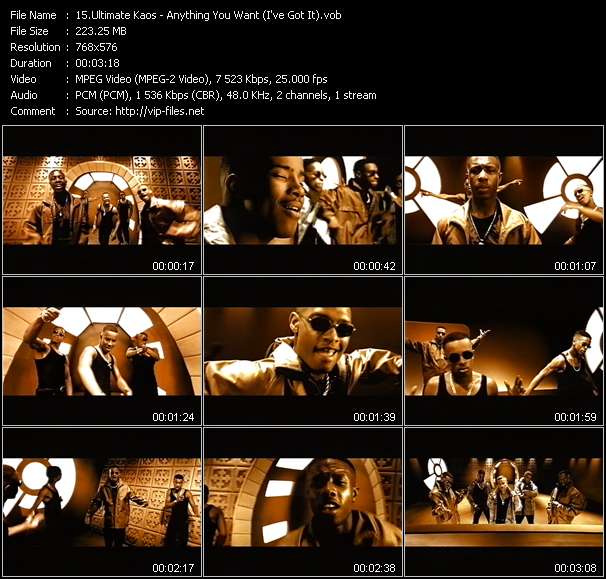 Anything You Want (I've Got It)
MPEG-2 video VOB

Other Pop-Music Videos of Ultimate Kaos

Ultimate KAOS was a British boyband from the 1990s, who were formed by Simon Cowell. Its original members comprised the then 9 years old Haydon Eshun, Jomo Baxter, Jayde Delpratt, Ryan Elliott and Nick Grant. In 1992, the band were originally known as Chaos, but their only single issued under this name was a cover version of the Michael Jackson song "Farewell My Summer Love". Before they released the single, they were Sinitta's backing dancers, as Sinitta at the time, was dating Cowell. They split up in 1999.