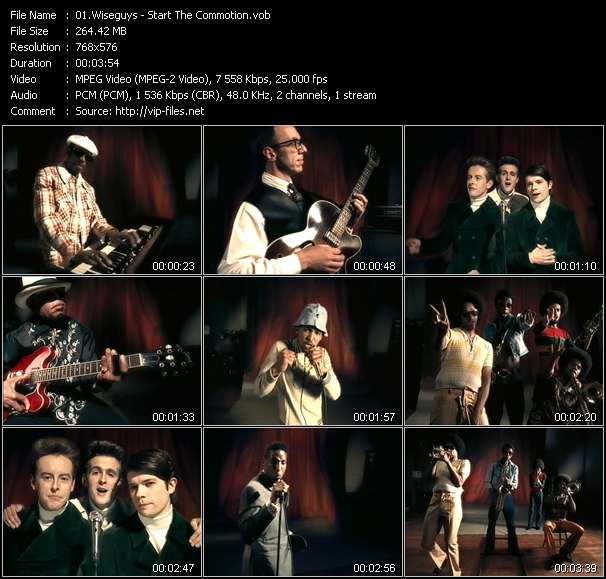 Other Pop-Music Videos of Wiseguys

Formed 1993, disbanded 2001. Originally a duo consisting of DJ Touché and DJ Regal, releasing their debut E.P. (Ladies Say Ow!) in 1994. In 1995, they were later signed to Wall Of Sound and released their first full length album, "Executive Suite" in 1996. Regal left in 1997, and Touche carried on as a quasi-solo act with the second album "The Antidote" in 1998. He recorded his last tracks as The Wiseguys in 1999, while continuing to remix artists under the name until 2001, when he ended the project and switched back to his DJ Touché alias. The Wiseguys are best known for their (his) chart singles "Ooh La La" and "Start the Commotion" - first released in 1998, and again in 1999, which were used on Budweiser and Mitsubishi commercials, respectively. Touche is now Fake Blood and Regal now records as DJ Regal