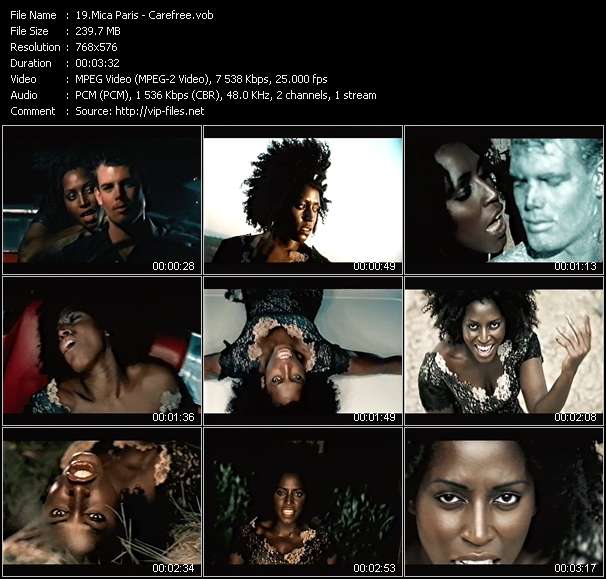 Other Pop-Music Videos of Mica Paris

Mica Paris And Will Downing video Where Is The Love

Mica Paris video If I Luv U 2 Nite

Mica Paris video My One Temptation

Mica Paris video I Never Felt Like This Before

Mica Paris video I Want To Hold On To You

Mica Paris has been one of the most celebrated artists in the UK soul seen ever since she burst onto the scene with her international hit "My One Temptation," making fans (and later collaborators out of) giants in the music industry like Eric B & Rakim, Nile Rodgers and Prince, to name a few. Her career as a vocalist began when she started singing in her church when she was seven years old. Paris changed her name from Michelle to Micha at age 16 and later dropped the 'h' in Micha, going by Mica ever since. The change in name coincided with Mica's signing on as a member in the gospel group Spirit Of Watts and by the mid 1980's arrived, she was doing background vocal work for secular groups such as Shakatak and Hollywood Beyond. In the years since has continued to expand her talents to include production and songwriting and was recently involved in the BBC Radio 2 series "Soul Solutions."