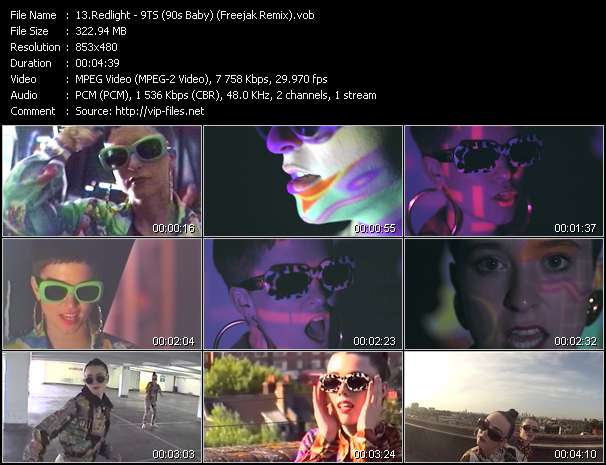 Other Pop-Music Videos of Redlight

Redlight video Lost In Your Love

Redlight video Get Out Of My Head

Redlight video Get Out Of My Head

Redlight is a Bristol raised, London based artist navigating the unnamed airspace between house, bass and beyond. Having already crafted a handful of jet-propelled bangers which have won over fans and followers including Skream, Toddla T, Jack Beats, A Trak, Mark Ronson, Zinc and Annie Mac. 2010 saw Redlight’s rapid rise with the release of two dance floor destroyers. The first, ‘Stupid’ on Digital Sound Boy featuring the vocals of Roses Gabor. The second ‘What You Talking About!? on Chase & Status’ More Than Alot imprint, which saw the return to form of Ms Dynamite with devastating effect !!! In the last 12 months Redlight has released two more unground bangers via Digital Sound Boy in the shape of ‘Source 16’ & ‘Progress’ as well as selectively remixing some choice artists from Ceelo Green to Mavrick Sabre to Ms Dynamite as well as continuing to produce tracks for some of the most promising up and coming UK acts. The Redlight sound is spreading fast with his unique DJ sets throughout the UK and Europe and with his bi-monthly Rinse FM show this ensures people are sitting up and paying attention the World over.