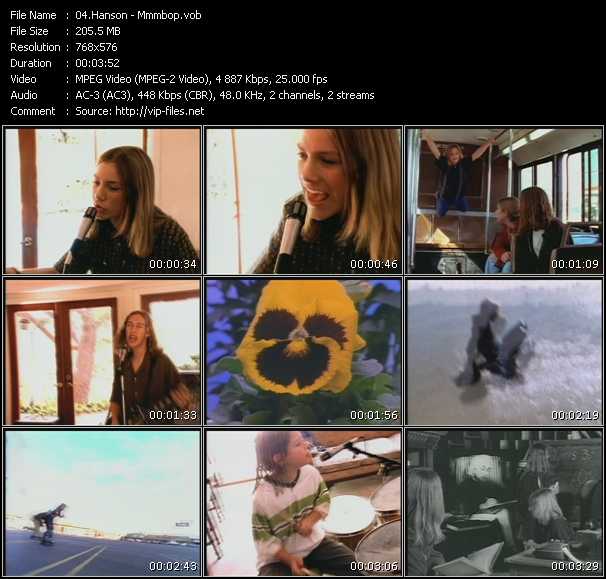 Other Pop-Music Videos of Hanson

Hanson video This Time Around

Hanson video Penny And Me

Hanson video Lost Without Each Other

Hanson video Give A Little

Hanson is an American band consisting of the three brothers Isaac (November 17, 1980), Taylor (March 14, 1983) and Zac (October 22, 1985) Hanson. The boys first broke through in the Netherlands and Flanders in 1997 with their hit MMMBop, from the album Middle of Nowhere. MMMBop was in first place in the charts in 27 countries and in 1998 gave the band three Grammy nominations. After this it became a bit quieter around Hanson, but in the last few years they released 5 albums. Namely 'This Time Around', 'Underneath', 'The Walk', 'Shout It Out', Anthem. They released the last 4 albums under their own management. After difficulties with their last record company, they decided to start their own record company, which was baptized 3CG Records. On their previous album The Walk you will find the song "Great Divide" that can be downloaded via the internet and the proceeds of which go to HIV / AIDS and poverty alleviation in Africa. In June 2011 they gave a performance at the Pinkpop music festival in the Netherlands. In 2011 the band had a guest role in the clip of Katy Perry: Last Friday Night (T.G.I.F) Hanson started from June 2017 with a new tour called "Middle of Everywhere 25th Anniversary Tour". Europe was the first to be visited. The tour continues through Australia and America until the end of October.