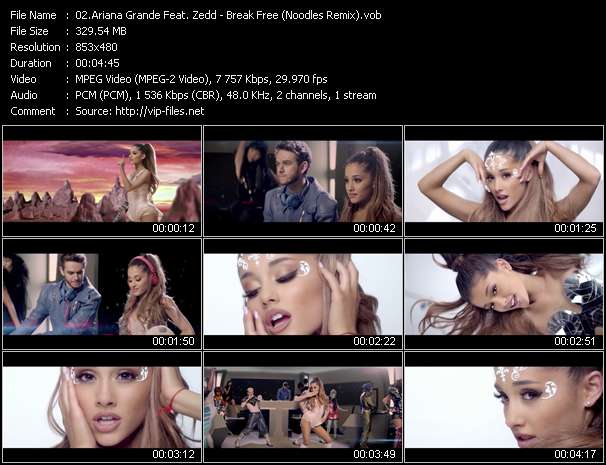 Other Pop-Music Videos of Ariana Grande

American singer and actress, born June 26, 1993. She is the older half-sister to Frankie J. Grande began her career in the Broadway musical 13, before landing the role of Cat Valentine on the Nickelodeon television series Victorious in 2009. After the show ended, Grande rose to prominence as a teen idol on her own spinoff, Sam & Cat. She later signed a recording contract with Republic Records.

Anton Zaslavski, better known by his stage name Zedd, (born 2 September 1989 in Saratov, Russian SFSR, Soviet Union), is a Russian-German record producer, DJ, musician and model. He primarily produces electro house music, but has diversified his genre and musical style, drawing influences from progressive house, dubstep, and classical music. Zed grew up and began his career in Kaiserslautern, Germany. Zedd's best-known productions to date are the songs "Clarity" featuring Foxes which charted at number 8 on the Billboard Hot 100 and at number one of the US Hot Dance Club Songs; and "Break Free", a song which peaked at number 4 on the Billboard Hot 100 and number 1 on the Hot Dance/Electronic Songs, becoming his second song to do so before "I Want You to Know". Zedd won the Grammy award for Best Dance Recording at the 56th Grammy Awards for "Clarity".